Switchboard Arts has undertaken a wide range of projects, events and consultancies.

In 2012 it was the 30th anniversary of a powerful Australian play - The Choir. Recent revivals in London and Melbourne have shown that the dramatic “punch” and humour of the show are still audience winners and that its story and themes are still utterly contemporary. The 2012 Brisbane revival was directed by its author, Errol Bray, for local company, Switchboard Arts, and was hosted by Brisbane Powerhouse.

The Choir by Errol Bray 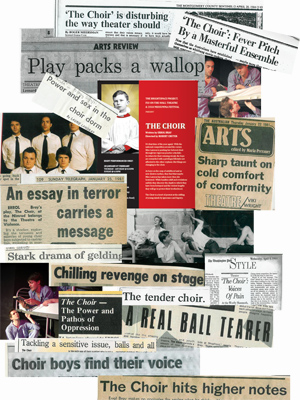 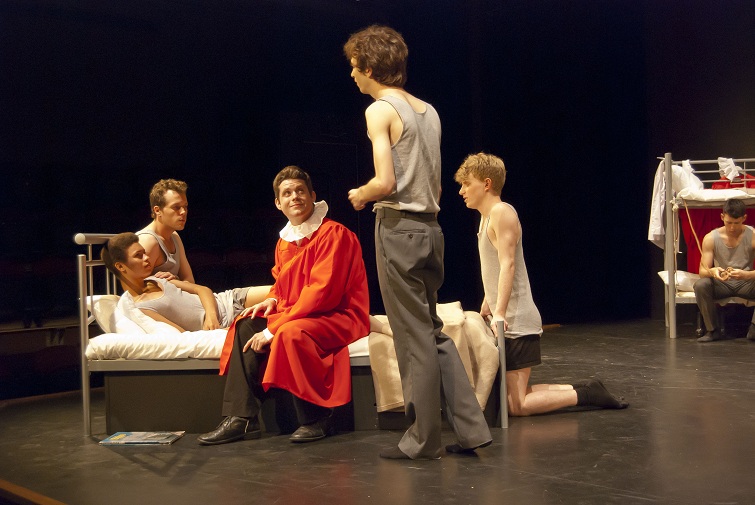 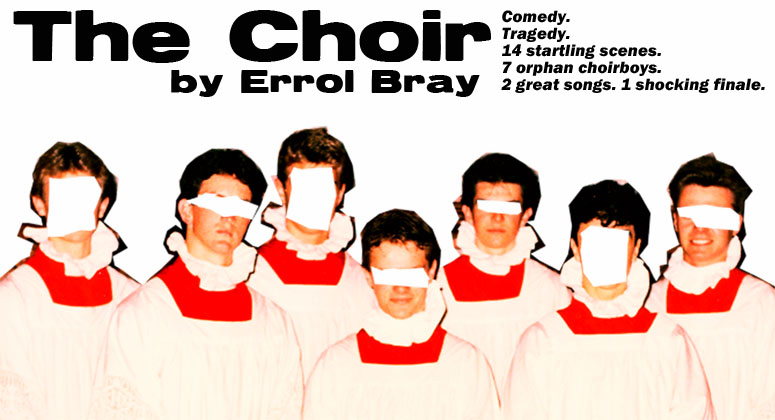 The play’s broader theme is the bullying power large institutions often exercise in our lives, with special emphasis on the impact on young people. In the ‘80s some critics thought the play exaggerated the issues but have since, sadly, been proven terribly wrong, with ongoing world-wide revelations of institutional abuse of children. (“the issues it picks apart are of universal concern.” EXTRA! EXTRA!, London, 2009)

The story centres around a group of 7 choirboys aged from 12 to 16 (but played by adult actors) who share a dorm in a “State orphanage”. Headmistress, Miss Lawson (never seen) is determined her choir will win the State competition and to “help” achieve this she has the sopranos castrated so their voices will remain high. The story tells what happens when the boys find out that this “help” is a huge mistake.

There is a lot of humour in the play. This, along with two “show-stopper” songs from one of the boys who wants to grow up to be a performer, cushions the stark drama of the betrayal and helplessness felt by the boys. The consequences are shocking but inevitable.

An Australian play with national and international success
"..it shocks and disturbs, ... but it's also unexpectedly touching: a horror with a heart." (Washington Post)
"..this startling play ... packs a punch" (Stage, London)
"..& 1 hours of beautiful, shocking and funny life." (The Australian)
"..a brutal and savage exploration of power and group dynamics." (Age, Melbourne)
"..the shocking conclusion drew audible gasps from the audience." (Totally Theatre, London)